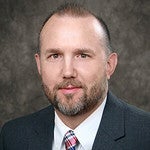 Michael is a native Tucsonan and has been involved in the legal field for over 20 years.  He began as a clerk at the Pima County Justice Court. It was there Michael's interest in law began. After some time at the court, Michael went to work for a leading DUI firm in Tucson as a legal assistant.  He worked his way up to Director of Operations and made the decision to pursue his undergraduate degree in Criminal Justice Administration. Michael went on to graduate law school in 2015 and obtained his license to practice law in New Mexico in 2016.

In Arizona, his law practice is strictly limited to family-based immigration and Social Security Disability Claims.

He is a member of the following organizations:

Thank you for contacting us. We will get back to you shortly.

Please complete all required fields below.

The Law Office of Michael D. Post Is Here for You

At the Law Office of Michael D. Post, I focus on Immigrant Visas, Non-Immigrant Visas, and Naturalization & Citizenship, and I am here to listen to you and help you navigate the legal system.

The Law Office of Michael D. Post is committed to answering your questions about Immigrant Visas, Non-Immigrant Visas, and Naturalization & Citizenship law issues in Arizona.

I'll gladly discuss your case with you at your convenience. Contact me today to schedule an appointment.